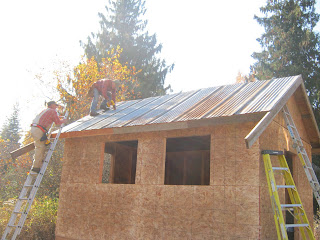 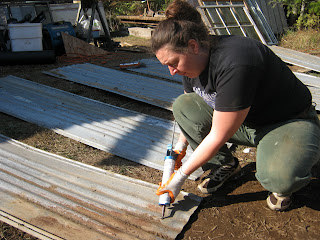 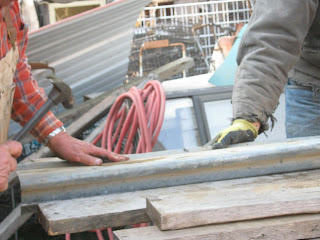 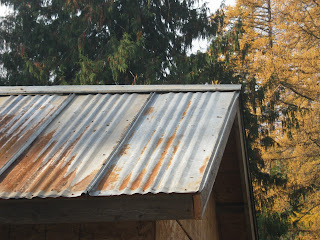 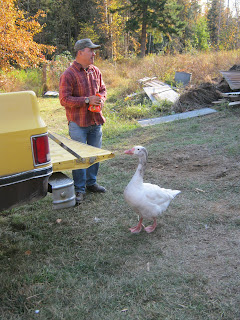 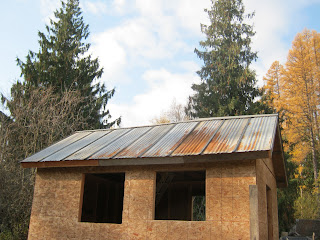 At the end of the day I passed around the beer and toasted what I call "the most beautiful roof I have ever seen!".
Ken said "It;s all in the eye of the beholder Jennifer, but if you are happy with it then it is the most fantastic roof ever built!"  I love these guys!
Next up is windows and door...and yes, those too have a story!  Love, Jennifer
Posted by Funky Junk Jennifer at 1:26 PM 10 comments