It is the place where  I feel so relaxed i could float.  I am able to speak my mind, wear no mask, and laugh, speak and dream without abandon.  It is the Coffee hour.

I have watched my Father live this ritual for years.  When I was too little for school I would go with him to the "Travelers" where he would meet up with the same group of guys since he started working as boy.  They would all order coffee.  A ticket to the show, I always thought.  Dad never really even like the stuff, but he liked the company.  It was mostly loggers, a few others who grew up around here would join now and then.  Politics would fly like a ping pong ball, never landing and never causing a rift but always making one "think".  Religion was never discussed.  But local news and game scores were a given.  I was brought a cup of cocoa and a powdered doughnut.  I listened, drew on a napkin and learned a lot.
As the years went on My Father continued to enjoy the Coffee hour. The restaurant changed hands and a new group of men had come; Realtors, lawyers, developers even poets.  Only a handful of Loggers remained.  But all coats were shed when the coffee was poured, and no one had anything to prove.  They just enjoyed each others' company..."shootin' the breeze".

I guess as a grown woman now I longed for that ritual I had witnessed so often growing up.  I wanted a connection.  I wanted time with friends with no agenda. We live in a time where everything is going so fast, and there is always something to schedule, to accomplish, to prove.  My generation grew up watching "friends", a sitcom of a group of very diverse people who got together everyday, to take time-out in a coffee house and were accepted by one another for who they were.  I wanted that. 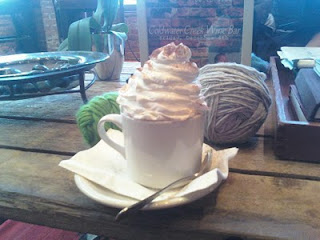 Awhile back I was invited to go to a local wine and coffee house for a knitting day.  I was both intrigued and intimidated.  I do not knit.  But I liked the idea of "meeting at the coffee house".  So I went.  The girls there were a diverse group, everyone of them beautiful and accepting, and creative.  I loved it, I loved talking about things and "shooting the breeze".  I loved sipping my tea out of a cup that took both hands to hold.  I did not accomplish knitting, in fact I vowed it would not be attempting it again!  But they welcomed me back just the same.  I have continued for over a year now.  It is my therapy, my time to feel like Jennifer...just Jennifer.  I have no scarf or afghan to show for it, but I have a happy heart and a group of gals that inspire me.  I look forward to climbing the steps, getting a big chair by the fire, ordering my cup of Joe, and hearing what is happening with everyone...and there I fit.
Posted by Funky Junk Jennifer at 7:05 PM 7 comments

January is almost over...and that makes me sad.  I love January, it is fresh and new and clean.  And it contains my Birthday.  I embrace every January, and every new year.  Many people dread gaining another year, but after I lost my dear little cousin Kelly at age 16 back in 2008 I welcome every Birthday with open arms.  Every year an accomplishment and a blessing I thank heaven for.

Starting in 2009 I decided we would have a "Birthday corner".  I love to decorate for EVERY holiday anyhow, so why not decorate for birthdays too?  So I pulled together trinkets and treasures that represent each person (at the time it was only Nathan and I) and placed them with various vintage birthday memorabilia.  This corner would stay up for said persons birthday month. 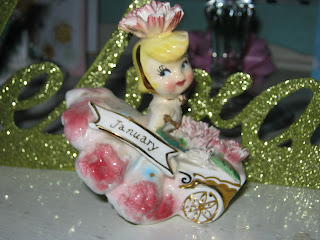 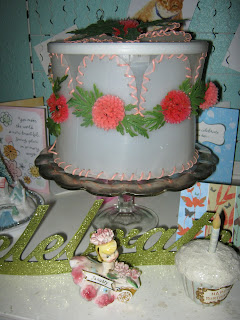 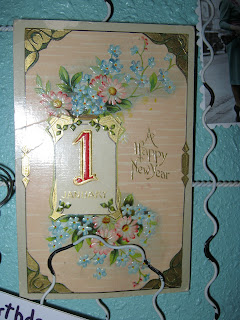 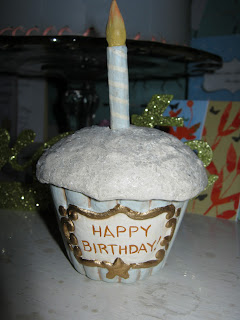 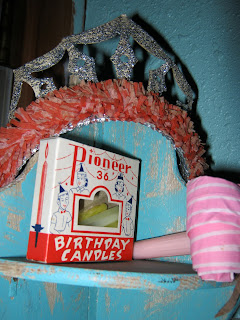 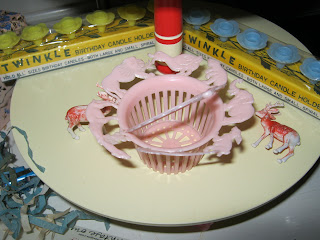 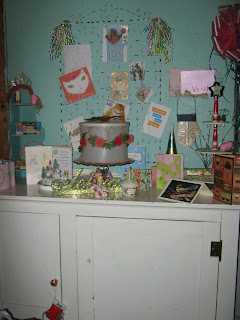 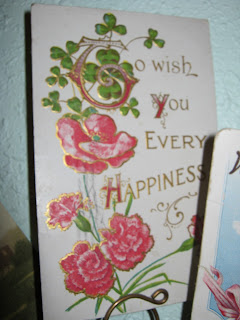 I happen to love vintage birthday decor, inspired by my FJ Partner Hollie (she has the best Candle collection ever!).  I have this vintage plastic cake with lid, I saw it on a junking day at a thrift store with a $14 tag on it.  Not wanting to spend that much I decided to skip it.  I regretted that for a whole year.  It had been perfect, not only was it vintage birthday, but it had the flower of January on it, Carnation!  I thought about it every once in awhile.  Last October while shopping that same store I found it in their sale bin!!! It had been marked down to...get this...$1.35!  It is now my new favorite decoration!

For Nathan's Birthday,  it is usually done up in vintage cowboy and camping decor.  And for Glenn...we will see what he brings out in himself to showcase!
When we have a month that is not a birthday I decorate for the Holiday or Season.

I say Celebrate those you love, including yourself.  Each year, each breath, never take it for granted. We are given this life to Cherish...and to Celebrate!  Cheers!  Love, Jennifer
Posted by Funky Junk Jennifer at 11:52 PM 4 comments 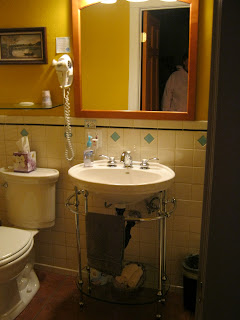 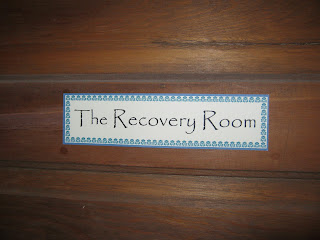 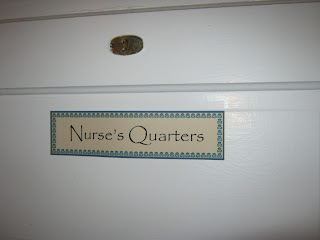 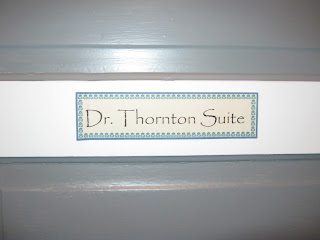 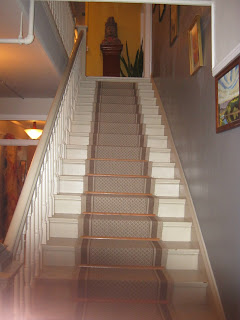 It is "Grey's Anatomy meets Gilmore Girls"!  The Stevensville Hotel was once the Thornton Hospital in Stevensville MT. Mom has been telling me about this hotel for a long time, she always stays there when visiting my Sister.  25 miles south of Missoula. We were visiting there this past weekend and decided it was time to check it out.  I was in Heaven!!!  The building was erected in 1910.  The first Hospital in the Bitteroot Valley Built by Dr. William Thornton, it was a working Hospital.  Nurse staff lived here too to care for patients.  You can read a full history and make reservations here http://www.stevensvillehotel.com/ .  The Town of Stevensville has a long history, I learned it was the first established town in Montana!  We enjoyed our stay, the rooms are a treat for the eye, and more comfortable than you could imagine!  We stayed in the "Recovery Room", a perfect name!  I loved that the rooms are named after the units they were!  My niece Holly and I went on a midnight tour (hoping to catch a ghost on film) we did not encounter anything too scary, but found treats waiting in the kitchen!  If you are visiting Missoula, it is worth the drive to stay here.  Or, just stop and visit if traveling Hwy 93!  The rates were incredible, the recovery room with 2 queen beds was only $85 (winter rate).  And the owners are a delight to visit with (they literally have sailed around the world and have decorated with their treasures!).  We loved it!  I think you will too!
PS  It is for Sale if you Reeeeeaaaalllyyyy love it and want to try your hand at being an Inn keeper!
Posted by Funky Junk Jennifer at 10:13 AM 2 comments 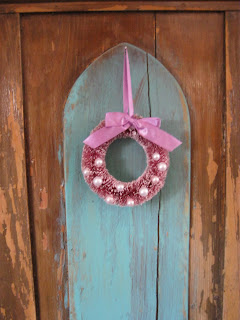 This has been the happiest year of my life.  I became a mom.  enough said.  I am so thrilled to see what 2011 brings!  Between the house, the farm, Glenn, Nathan, Funky Junk, Farmers' Market and Now adding Farm Chicks Back to my Junking trail I am sure it will be busy and full of fun!   So I wish for all of you a Truly Happy New year!  Find what makes you smile and hold on tight!  Love, Jennifer
Posted by Funky Junk Jennifer at 9:54 AM 1 comments